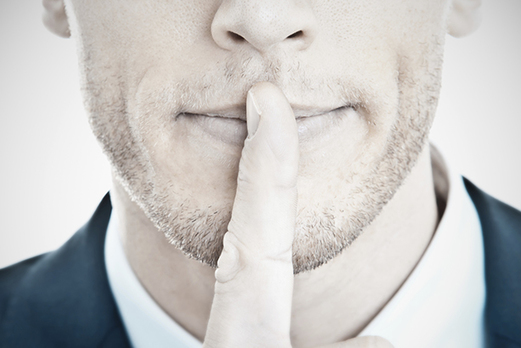 The Supreme Court extended the interim privacy injunction preventing the celebrity known as ‘PJS’ from being identified by the media in England and Wales yesterday, pending a possible full trial later this year.

While the decision represents a stay of execution for the celebrity privacy injunction, the four-month legal battle to prevent details of the story from being published has been something of a pyrrhic victory, given that the identity of PJS – who is alleged to have had an extramarital affair involving a three-way sexual encounter – and their partner are already widely known.
Industry experts told PRWeek that a reputation management solution could have been more effective and that legal sanctions, if used at all, should have been employed after publication of the story rather than to prevent it.
The case has highlighted the growing impotence of the courts to impose meaningful reporting restrictions in an age when the accessibility of global media platforms via the internet render them virtually pointless.
Yesterday’s majority verdict in the Supreme Court made it clear that, when the right of freedom of expression is balanced against the right to privacy, privacy will win out where there is no clear public interest.

The media don’t like to be gagged: their response is unlikely to be kind…

Despite the fact that the PJS story has already appeared in US, Canadian and even Scottish media, the court’s judgement decided that further disclosure in England and Wales, together with “unrestricted internet coverage”, would cause distress to PJS and his family.

Emily Dent (pictured above), director at reputation management agency Rampart PR, says: “If PJS was advised to take out this injunction to protect their reputation then perhaps, with hindsight, this wasn’t altogether the best advice. The injunction has fuelled the flames of interest in the story. What’s more, the media don’t like to be gagged: their response is unlikely to be kind. It could be argued that the story has become more ‘juicy’ as a result of the case.”
It seems clear that the legal process has resulted in far more column inches being devoted to the story than would have been the case otherwise, and perhaps the best course of action would have been to endure lurid headlines for a single day rather than growing speculation over the course of four months.
Legal experts agree that this might have been a better approach.
Mike Patrick (pictured above), senior associate at Farrer & Co, says: “There’s a great difference between being on the front page for one day and for several days being on the front page of many papers.”

But how would reputation management have handled the situation differently, or more effectively, than employing the legal system?

There is an uneasiness among the British public about quashing free speech, despite the lack of explicit legislation protecting it in comparison with the US, and PJS may come to regret taking that route, despite yesterday’s victory in court.

Dent says: “An injunction might be seen by the public as an arrogant attempt to prevent them knowing the truth, and risks damaging public opinion as much or more than the story itself.”

Better, Dent thinks, to employ a multi-pronged approach that attempts to deal in truths rather than “clumsy, heavy handed cover-ups”.

She says: “Consider a good reputation as being built out of papier maché, made strong over time with layers of long-garnered public favour and hard-won goodwill – all easily destroyed if you try to protect it by swinging a sledgehammer.”

Gus Sellitto (pictured above), managing director at reputation and litigation specialist Byfield Consultancy, says his advice would have been for PJS to take a proactive rather than a defensive stance to protect their reputation.

He says: “I would have urged PJS to go on the front foot by putting forward their side of the story and taking appropriate legal action post-publication if a newspaper was later found to have breached their right to privacy under the law.”

So, is the law still capable of protecting people’s reputations?

In addition to injunctions, there are a number of legal instruments in the toolbox, such as defamation, copyright – which can be used to protect celebrities from intrusive pictures – and data protection legislation, as well as specific criminal offences, including the Computer Misuses Act.

Patrick says: “These continue to provide celebrities and other high profile individuals with protection in this country, certainly in comparison with other jurisdictions around the world such as the US.”

Although the PJS story has significantly weakened the case for using privacy injunctions, they still continue to provide some protection and it would be premature of the media to discount the possibility of being on the receiving end of one in the future.

Nathan Capone, a lawyer at reputation management law firm Fieldfisher, says: “Had the Supreme Court decided to discontinue the injunction on the basis that the identities of PJS and YMA were already widely known, this would have undoubtedly sounded the death knell for celebrity privacy injunctions. The judgement is a robust affirmation of the importance of applying the law. Responding to press criticism of the injunction, the Supreme Court said that even if it can be said that the law is an ass, if that is the price of applying the law, it is one which must be paid.”

David Engel (pictured above), head of reputation and information protection at law firm Addleshaw Goddard, agrees that the injunction has been effective in preventing further publication of the story and that those who are interested in finding out more have had to actively seek out information rather than having it served up to them via a tabloid newspaper.
He says: “It certainly wasn’t futile to apply for an injunction in this case because the story has not been published.”
Far from sounding the death knell of the privacy injunction, Engel believes it is the kiss-and-tell story, so beloved of the tabloids, that is facing extinction.

He says: “This is a hugely significant decision for those wishing to protect their privacy, and that of their family, from intrusion and harassment by the media.  It may well also sound the death knell for the ‘kiss-and-tell’.”

Blueprint for the future

Engel thinks the Supreme Court’s judgement has even created a new blueprint for how cases such as these may be decided in future.

He says: “It has made the practical point that, even where people may be able to find the information online, that is qualitatively different – in terms of the distress and damage caused to the victim – from having the story plastered across the front pages of the tabloids.”

Capone thinks that the case has highlighted how the courts need to adapt their approach, while maintaining people’s right to privacy.

He says: “The Supreme Court has acknowledged that the world of social media and the internet is effectively uncontrollable and the courts need to be ready to change their approach as a consequence. However, in this case the legal position as to PJS’s privacy rights was clear and electronic developments as they stand today should not affect that position.”

But Sellitto still believes that reputation management should have been employed early.

He says: “I think this case highlights the need to have an overarching reputation management strategy as part of any legal action where a prominent individual is concerned. Without an effective reputation management strategy in place, we often see  pyrrhic victories in court.”
Some, like Dent, go further and say the PJS case will still come to be used by the reputation management sector as an example of why they, rather than legal experts, are best entrusted with people’s reputations.
She says: “Reputation experts up and down the land may now in fact use the PJS affair as a perfect example of how not to handle it when the proverbial hits the fan.”
Shimon Cohen (pictured above), founder of The PR Office and former chief executive of Bell Pottinger PR, agrees that reputation management has come out looking like the more effective of the two disciplines.
He says: “It will stop people using PR when they want to be portrayed in a certain way and than going to the lawyers when it goes wrong – it will allow us to come back against the lawyers who have encroached on the reputation management areas. With high profile celebrities, I’m afraid you can’t have it both ways – going to the PRs to build you up and to the lawyers to protect you.”

Sourced through Scoop.it from: www.prweek.com

At Reputation Services Co, we aim to be the most comprehensive resource for online reputation management industry news.

- Close your corporation or LLC properly